Personalizing a home can be a daunting process; yet, flawless Pinterest boards make it look easy to create a cohesive and stylish space. So, armed with inspo photos and after measuring every square inch of my condo, I dipped my toe into making some small updates.

I quickly become overwhelmed if I don’t make a list to keep me on track. Therefore, I’ve made two lists for home updates; big-ticket items over $500 or projects that may span a few days or even weeks, and small-ticket items under $500 that can be completed over a weekend or afternoon. While it took me weeks of research to curate my lists, the projects I started with only took a weekend to complete.

On my first walk through the condo, I decided the mirror was an absolute must go. It looked like it was a prop in Game of Thrones; Daenerys Targaryen would have loved it. Karissa, first of her name, mother to Scout, and protector of this tiny condo, did not. When looking for a replacement, I knew I wanted a modern round mirror, but I couldn’t decide on a frame when scouring the internet. Did I want black, gold, silver? Ultimately, I went with none of the above and chose frameless (Link to Mirror HERE). Without the harsh lines of a border, the mirror seems to melt into the wall. The overhead light bounces off the mirror unobstructed, making the windowless bathroom brighter than before.

The installation process was more straightforward than some of the reviews made it out to be. After measuring twice and triple checking the bracket was level, I hung the mirror in under five minutes. I gave myself extra kudos for installing it by myself; the directions said this was a two-person job (pfft, I am women, hear me roar).

I purchased the shower rings and curtain months ago, and at the time, I didn’t think about replacing the shower rod. It was one of those “I’ll get to it” kind of things. Of course, when I would specifically look for a matching black shower rod, the store was out of stock. So I stopped looking, and wouldn’t you know it, the same shower rod I was looking for on amazon was randomly at Ross. The best part, it was five dollars! I twirled the rod around like a samurai sword out of excitement.

I wanted to add a pop of color but not overwhelm the space with a loud statement wall. My front door was the perfect canvas for this color experiment. Worst case, if this ended up being a terrible idea, I could always repaint the door white. The overall palette of my condo consists of  warm reds, browns, and oranges. After a little soul searching, I decided on a bright terracotta orange. The painting Gods were looking down on me the day I strolled into the paint sections of Lowes. This paint swatch was the featured color placed dead center among the thousand of other paint swatches. The built-up anxiety from anticipating a fight with fifty shades of orange faded when I saw the color Rare Sienna by Valspar.

I figured I wouldn’t need a full pint, so I opted for a sample size of the paint and crossed my fingers it would be enough. I went a little overboard in the creativity department when I tried to paint an arch shape at the top of the door. I love arched doorways, and I thought it would be a creative way to get the look. In the end, it just didn’t look right. The color alone was a big statement; the design at the top just made the door look like I stole it from a clown house. The sample size jar of paint was just the right amount to apply two coats of paint. I could not be happier with the results; it’s the perfect infusion of color!

I hope these little updates inspire you to make small changes in your home! Which update did you like the most?

Mentally on the beaches of Honolulu; physically on a short road trip to Tennessee. 🐚
Happy Valentine's Day! 💘
What do you prefer: chocolates or flowers?
Today's weather was a 10 out of 10. My skating in the streets was not. 🛼🛼
I like big scarves, and I cannot lie. 🧣
Statement walls are out. It's all about the statement door! This week I decided to paint my front door this orangey / terracotta dream color. The rounded shape may not have worked out but the end result is stunning! 🔸🔶🔸 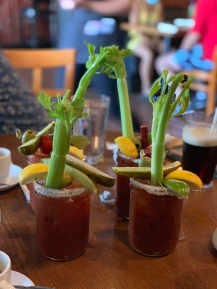 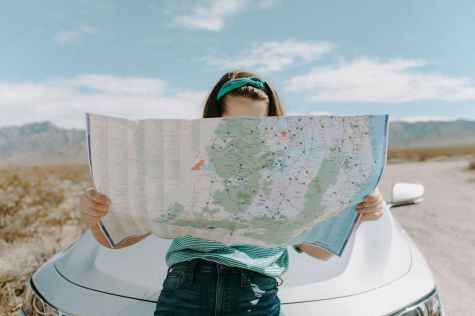 Mentally on the beaches of Honolulu; physically on a short road trip to Tennessee. 🐚
Happy Valentine's Day! 💘
What do you prefer: chocolates or flowers?
Today's weather was a 10 out of 10. My skating in the streets was not. 🛼🛼
I like big scarves, and I cannot lie. 🧣
Statement walls are out. It's all about the statement door! This week I decided to paint my front door this orangey / terracotta dream color. The rounded shape may not have worked out but the end result is stunning! 🔸🔶🔸
Loading Comments...
Comment
×
%d bloggers like this: